What really makes a building the best? Different people will favour some aspects of architecture or construction over others, so it’s important we look at it from all angles. Literally and figuratively…

In the two recent Greenway Associates podcasts, we discussed our favourite buildings. (When an architect questions the best buildings out there, it can turn into a bit of a heated discussion!) My guests had some interesting answers and I thought we should put the architecture head to head. So let’s see – can you compare Turning Torso and The Shard?

Designed and constructed by the renowned architect Santiago Calatrava, the 190-metre high tower is certainly a spectacle.

As a sculptor and painter amongst other things, Calatrava had previously created ‘The Twisting Torso’ early on in his art career. It was made of white marble and although it represented a human being more so than the skyscraper we know now – you can see where he got his inspiration for the shape.

The Turning Torso currently stands as the tallest building in all of Scandinavia. It is sectioned into nine sections and a whopping 54 storeys. Its name comes from the fact the structure twists 90° from top to base.

Adjacent to the Western Harbour, you can imagine how spectacular the views are from 190 metres up. Even the external steel framework doesn’t detract from the sheer stature and shape of the building.

As well as being the tallest building in Scandinavia, it was also the highest residential building in the EU on its unveiling in August 2005.

The first 3 segments are dedicated to office spaces and meeting rooms, where the top portion is made up of 147 luxury apartments. Not only was it recognised for its fantastic architectural design, but also for its sustainability.

One hundred per cent of the energy consumed by the Turning Torso occupants is renewable. They are using hydro, solar, wind and geothermal sources to power the entire structure. They even constructed it from concrete, steel, glass, and recyclable aluminium.

Overall, the Turning Torso is a highly eco-conscious and eye-catching piece of architecture. Although, this still doesn’t settle the debate when an architect questions which is the world’s best building. 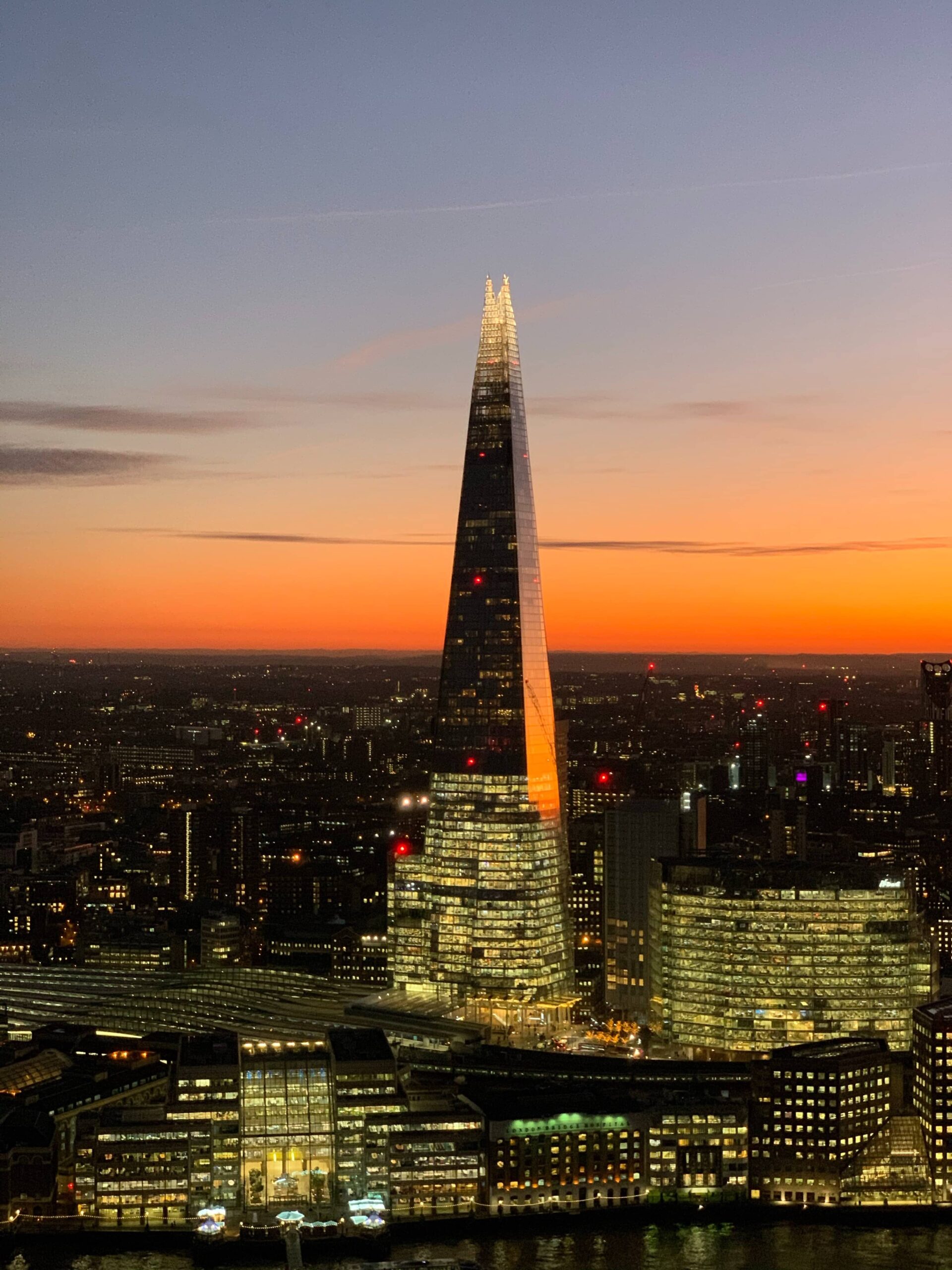 Irvine Sellar developed the Shard and had the enterprising vision to create an architecturally beautiful and prominent ‘vertical city’ in London. He wanted to incorporate everything from retail, offices and restaurants to hotels and apartments. The diversity of the building’s properties allows people to appreciate it and its 360º views of the capital in all different ways.

Standing 310 metres above London as Western Europe’s tallest building – the very top of The Shard allows for 40-mile views across the skyline. No doubt this played a role in drawing in the one million guests that made their way there in the first year after its opening in February 2013.

The exterior of the building is encased in 11,000 glass panels. (Any architect questions why buildings of this height and in a location like this aren’t all made entirely of glass just for the views!)

Glass exteriors allow the architects to produce an incredibly dramatic design that takes in the surroundings, while not completely distracting from them at the same time.

Much like Doug Aitken’s spectacular California desert installation ‘Mirage’ – a house where the exterior is entirely constructed or mirrors – the glass’ reflective quality allows for some of the much-loved London skylines and summer sunsets to project off the building. The Shard stands out amongst the others (as was Stellar’s vision) but not too much that it obstructs the views.

It is certainly a feat of architecture and engineering to create something so striking and large, that doesn’t affect the cityscape in a negative way.

When an architect questions a line-up like this, we have to look into the similarities and differences between them to make our comparison.

Although aesthetically, these buildings are obviously not sisters, they’re not worlds apart either. The architects and developers clearly shared some common visions and that is evident in the results we see today.

Having looked at both buildings we can clearly see that this Architect question is a hard one to answer. They’re similar in many ways that benefit them individually, but they also have some contrasting areas.

Architect Questions The Best Buildings – Did We Crack It?

Now we’ve thoroughly compared The Shard and the Turning Torso, have you made your mind up as to which is better? We can’t deny that the architectural design of both is breathtaking. The visions of the architects are clear and they both contribute great things to the infrastructure. They’re both incredibly dynamic buildings and display the power to inspire and achieve.

Both displaying neo-futuristic architecture, it also presents the different ways in which we can combine similar inspiration and style to create completely different outcomes.

Here at Greenway Associates, we specialise in planning and architectural design for a range of home improvement projects. From home extensions to loft conversions, we cover it all! And, we also provide planning approvals, building control approvals, and interior design services in Surrey, London, and beyond.

No matter your inspiration (even if it’s from one of these two!) we can make it come to life. To find out more about us, what we do, and how we can help your home improvement project be the best it possibly can be, click here to explore our website, or here to get in touch with us today.