One storey extension in Purley

For anyone embarking on a building project, the relationships you have with your suppliers – and the relationships between those suppliers – is crucial to the success of the project as a whole. Time and money hinge on the way the different specialists interact. So any breakdown in that relationship poses a significant problem if it can’t be quickly rectified.

When we were asked to take on this extension project in Purley, the owner had just parted company with his architect. Drawings had been submitted for a main floor extension comprising new kitchen, bedroom and bathroom, and planning permission had been granted, but there was still much to do before the builder could start work.

Separate plans had been submitted for a rear extension and a side extension and the owner was uncertain whether he would be able to go ahead with both at the same time. We were able to advise him that he would, within the scope of Permitted Development. 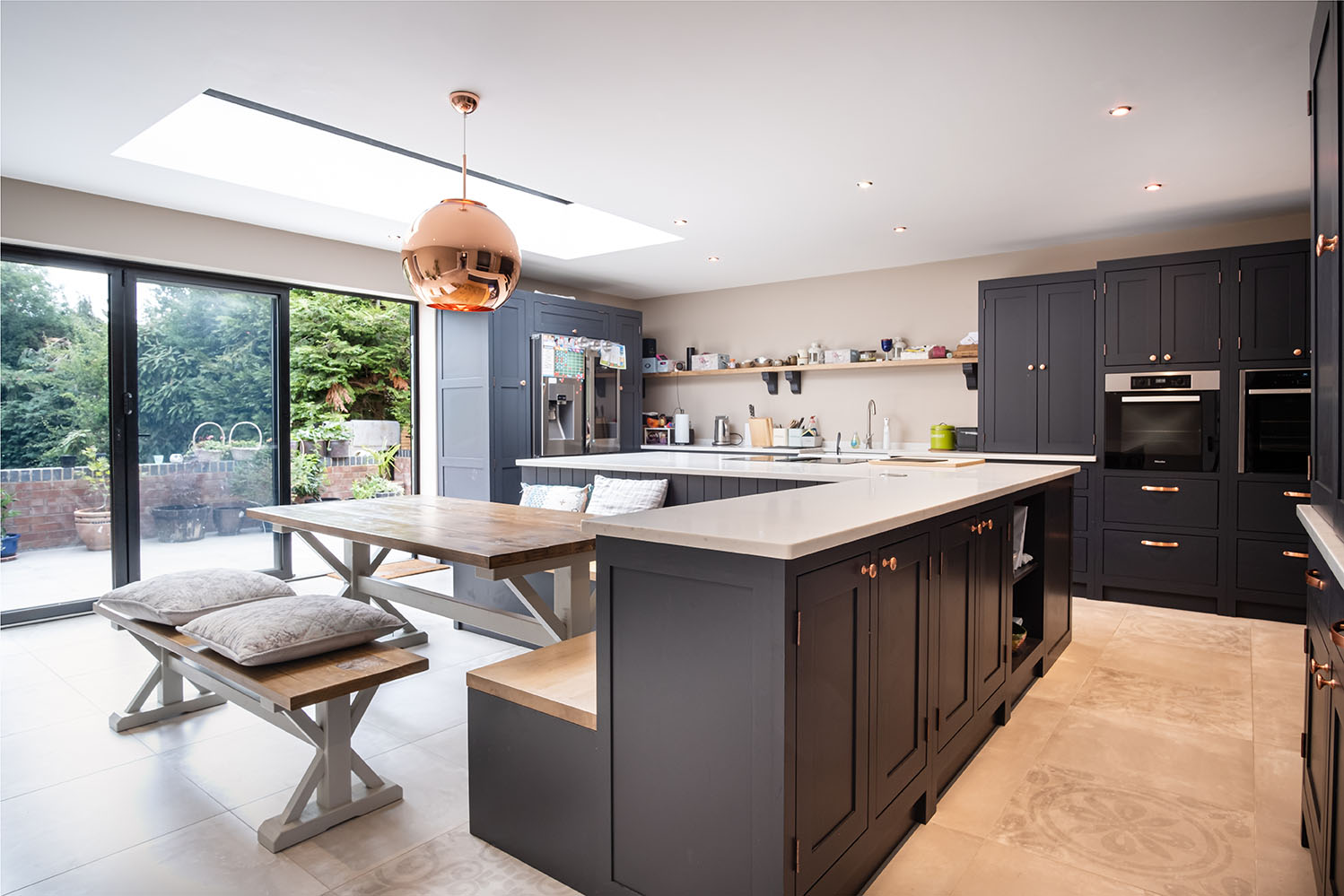 Any structural alterations you make to your property, whether internal or external, require the approval of Building Control. Securing Planning Permission is not enough; the Planning department merely look at the external aspect of the project and its visual impact. Building Control is where the technical feasibility of the project is put under the microscope.

This is our speciality at Greenway Associates. We carry out the technical calculations to specify how a building project should be put together in order to comply with Building Regulations. And, like the conductor of an orchestra, we bring together the specialists required and make sure they all work in harmony.

In this case that included the structural engineer, Thames Water to move the drainage and an energy assessor to carry out a Standard Assessment Protocol (SAP) examination of the kitchen roof lantern.

SAPs are now a statutory requirement whenever a building project features a large area of glass, such as a lantern or patio doors, in order to make sure that the thermal properties of the building are not being compromised, leaving the place freezing in winter and overheated in summer. 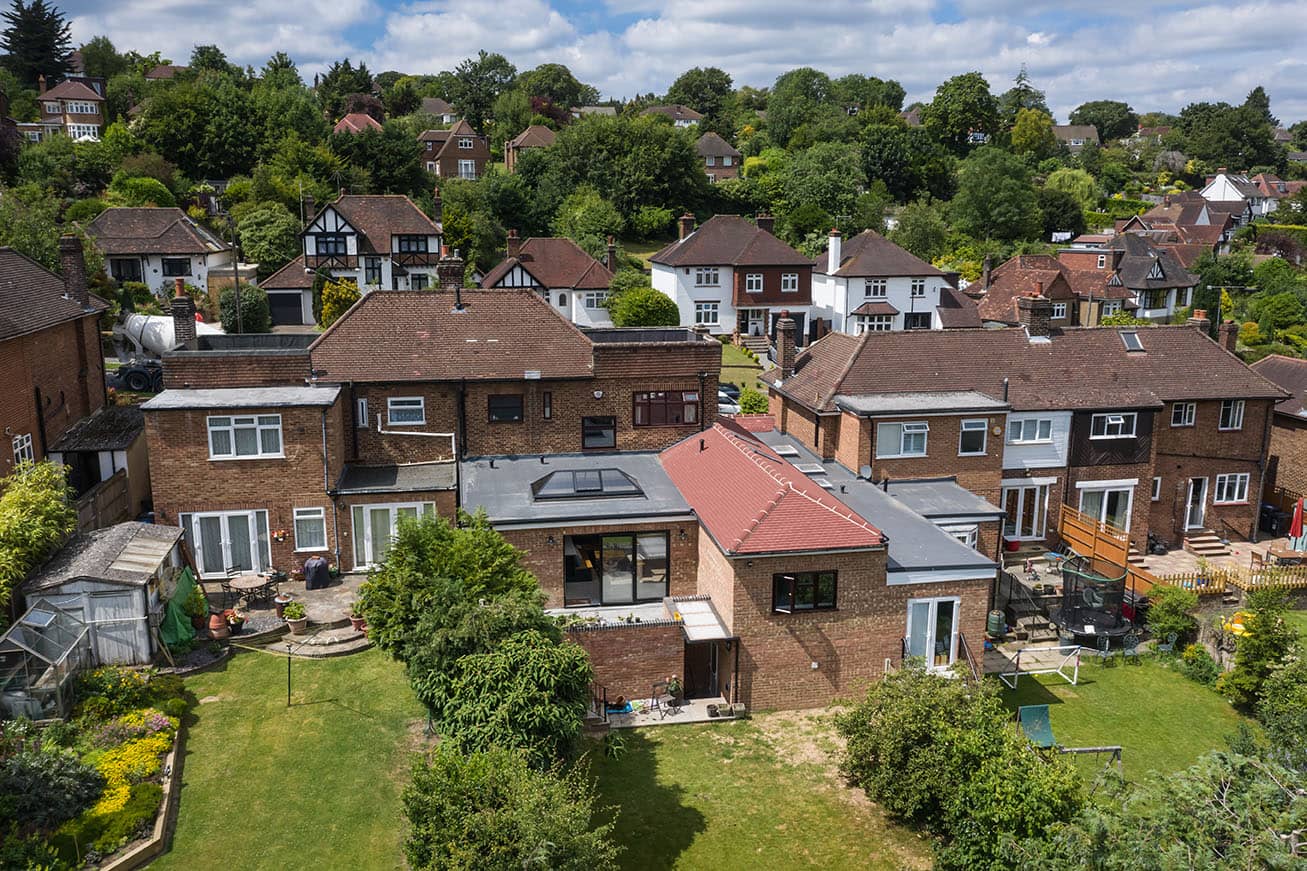 This was a joint project between our client and his neighbour, who had agreed to share the builder and extend both properties at the same time for cost-effectiveness. So we familiarised ourselves with the neighbour’s plans too, just to give us a comprehensive understanding of the project as a whole.

There were a few alterations required to our client’s plans, which we were able to advise on in close collaboration with the structural engineer, producing two or three iterations of the drawings to make sure the client happy with them.

We combined the separate plans for the rear and side extensions into one complete plan. Having secured approval for our plans from Building Control, we were able to hand over to the building contractor to complete the extension. 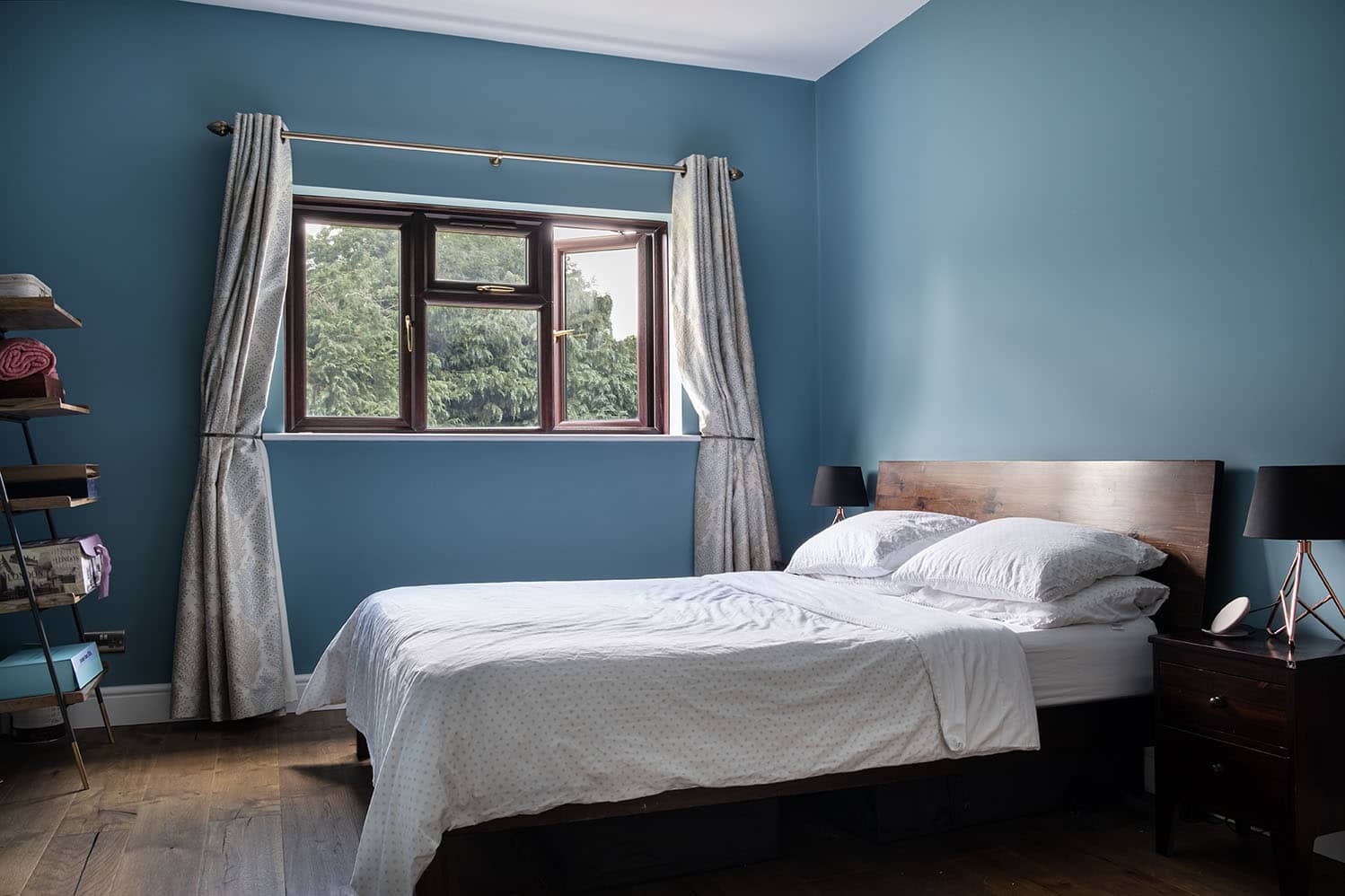 The owner had opted for an extension rather than moving house for more space. He and his wife had recently had a second child and needed somewhere bigger; however, for the money it would cost them to move, they realised they could reinvest their deposit, build the extra space they needed and have a smaller mortgage.

This way, they would also have a house specified exactly how they wanted it. The results speak for themselves.

Need to add more space to your home?